Alternative Posters for a student project

Drive is a contemporary fable. As Refn explained, there are the same kind of characters in his film as in the Grimms’ Fairy Tales. It is an adult legend where love is the star, instead of action, and it is full of pop cultural references.

Character posters inspired on the works of Alphonse Mucha, which bring the illustrations of fairy tales to mind. Every character has their own universe around a portrait. This kind of illustration is great to print in every type of media used in advertising or merchandising.

As a tribute to the story of Bernie Rose -who was a film producer in the 80’s- and to the spirit of this film, the composition is like the action movies of the eighties, but pop-colored. This poster shows the characters of the tale — the ones who appear in the film, and the most important points of the story. 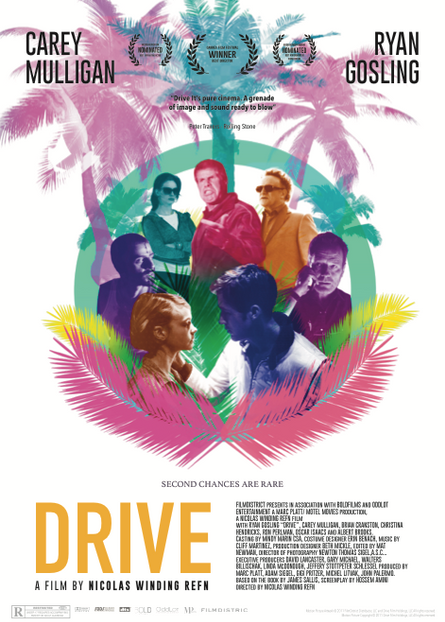 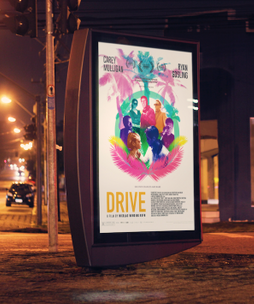 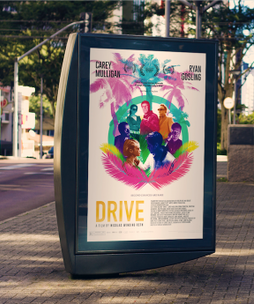 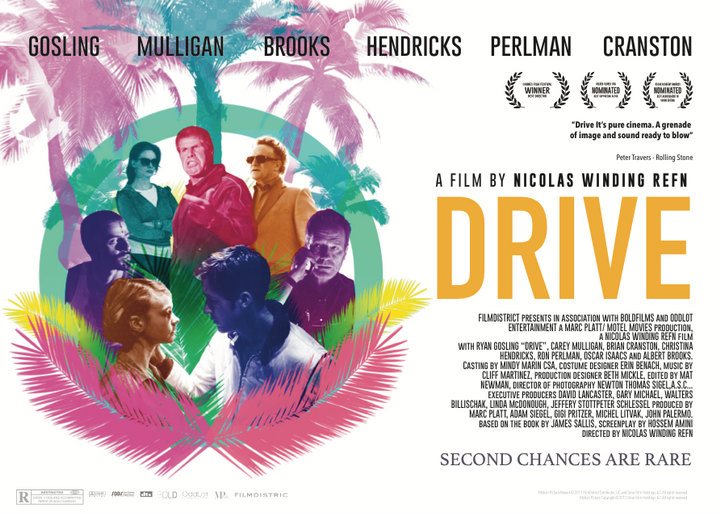 LA Festival: This poster is dedicated to the city of Los Angeles, where the story takes place. Inspired by the film’s opening science, the scorpion logo from the Driver’s jacket is superimposed onto an LA street map.

Cannes Festival: Drive identifies with the film noir genre, and France is one of the most important places of cinema noir. In fact, the cast and the rest of the team of Drive watched many French films, especially those of Jules Dassin. This poster is a tribute to film noir, in order to celebrate the Cannes Festival.